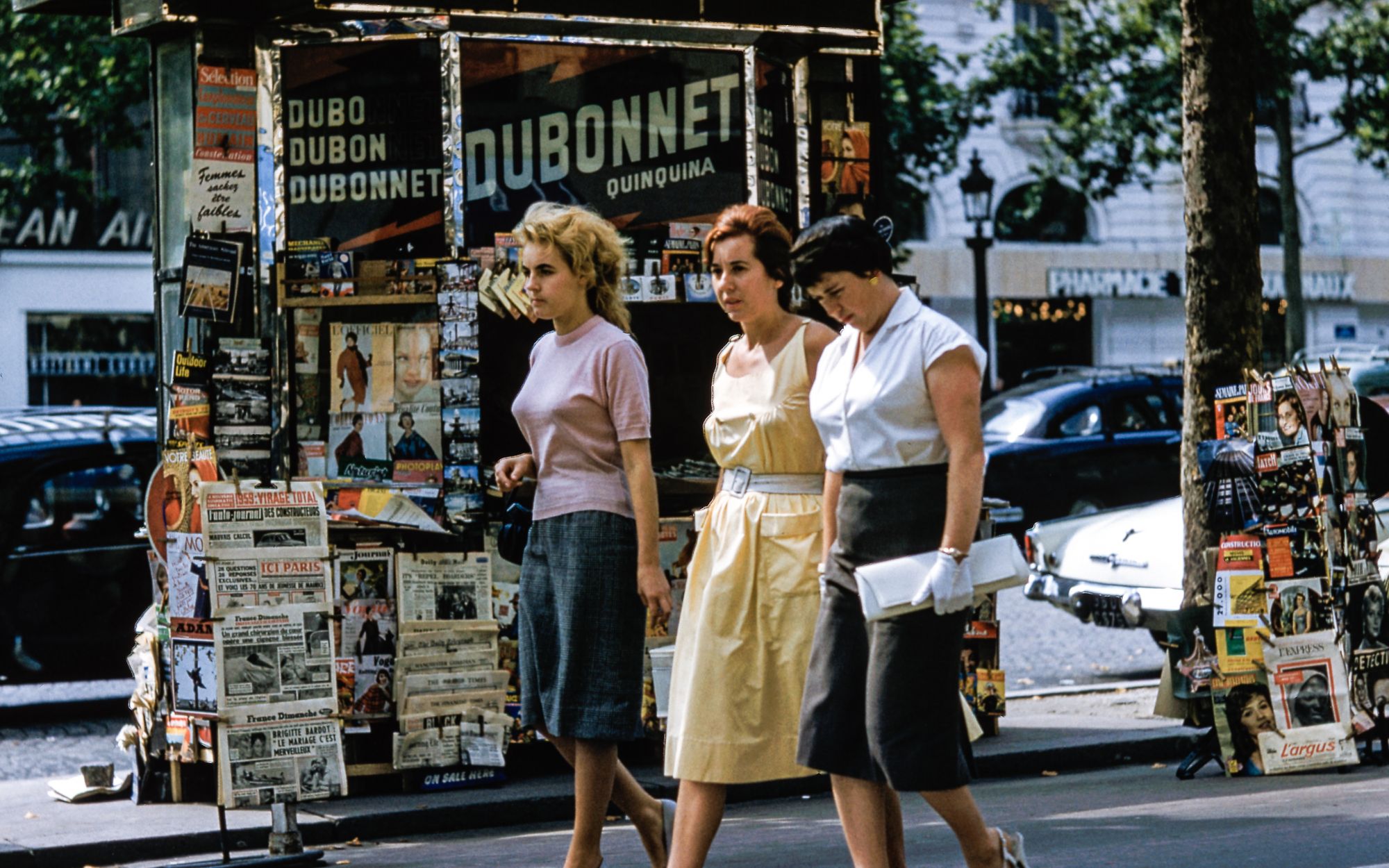 A Brief History of Stock Photography

Contrary to popular belief, stock photography has not just been around since the late 1980s. The practice carries a whole lot of history, technique, and creative processes that evolved through time, resulting in the birth of many business models and industry disruptions. And considering how influential they are, it should not be surprising that the history of stock images is as vibrant and complicated as any other artform’s past. So join us in our time machine, and let it take us back to stories of humble beginnings, and the birth of an industry the modern world simply cannot go on without.

How did Stock Photography Begin? On the surface, the history of stock photography is not a notion concerning photographers focused on making money now. However, knowing where it all began actually holds far more clues on how the industry currently operates than you’d think. By learning the history of stock images, you’ll find that, despite its humble beginnings and the substantial changes the industry has gone through, its foundations remain more or less the same. So without further ado, let’s get into it.

Stock photography dates all the way back to the 1920s and 30s. Back then, the majority of stock photography agencies were led by photographers themselves; the primary reason being that they were seeking an avenue to make more money with their images. Take American photographer H. Armstrong Roberts for instance. He is widely believed to have created one of the first-ever stock images during a portrait shoot by an airplane. He asked everyone involved in the shoot to sign model releases, giving him the ability to eventually sell the image. While that does not seem too out of the ordinary nowadays, the practice of turning a photo into a product to sell was a never-before-seen, cutting-edge idea back then. Photography itself was so new that no one had even created a big store or a collection of images they could sell. All of this was until a man named Otto Bettmann entered the picture.

Seeing the amazing business potential in selling photography prints, Otto Bettmann used his professional insight to help revolutionize an industry. He used to work as a librarian in Germany, and on numerous occasions, he was struck by how eager scholars were to see censored images; that’s when he realized how valuable images could be and began to collect photographs as a future investment. By the time he immigrated to the United States in 1935, he had amassed over 15,000 photos—all packed neatly into two steamer trunks. A year or so later, he established the Bettmann Archive with these gems, and organized them tidily with a card index, as he would in his library back home.

This card index made the Bettmann Archive especially appealing to publishers, advertisers, and designers. It allowed them to find images easily, regardless of what the ‘topic’ was. At last, there was a ‘library of pictures’ they could work with, skipping the fee for hiring a photographer for each and every photo they needed. With time, customers started flocking to the Bettmann Archive not because it was the cheapest (Otto certainly was not too generous with the prices), but because it was one of the easiest and largest collections one could look through. That, however, was about to change in the 1980s and 90s, when the advent of computers and the Internet changed the stock photography definition forever.

Stock Photography in the '80s In the 80s stock allowed art directors, photo editors, and image researchers to quickly access photos and illustrations without ever producing a photoshoot. Agencies like The Stock Market and a handful of others had a solution already— they got photographers to shoot existing content that they knew people would need, catalog it by theme, and then supply it to whoever needed it.

Many of these agencies were started by photographers. Tony Stone, for instance, was an 80s pioneer who developed an archive based on behavioral patterns he was seeing in his clientele and their requests. Stone could anticipate what they might want, and conduct a photoshoot beforehand.

In these early days, libraries sold images under a ‘rights managed’ license. This meant that buyers paid for specific use like a billboard or a book cover and could use it for a specific length of time, giving its creators a healthy payout. The technology, on the other hand, was old school and analog; images were stored as prints, slides, and transparencies. A few times a year, agencies would mail hulking printed catalogs to buyers who would call in image requests or flip through cabinets of transparencies and Kodachrome slides. As tech progressed, the question of ‘what is stock photography’ was gradually leaning into a more digitized answer. One of the first to digitally advance was Photodisc, launching in Seattle in 1991, shipping images on floppy discs and CDs; this way, directors could access content right away.

Another major change was Photodisc’s “Royalty-Free” license. Instead of the ultra-specific Rights Managed terms, buyers could instead pay a flat rate and use those images indefinitely. This sort of freaked out the industry— this new way of doing things might be a threat to the way they’d been doing things for all these years.

It is also worth noting that at the time there were tons of specialty libraries for licensing images. Agencies like Science Photo Library, AlaskaStock, and dozens of others; few of them even exist today. One thing these libraries had in common though, is that all of them offered niches of imagery for specific needs. This meant that buyers had to go to a range of sources to get what they need; a rather tedious task that opened the gates for a new ‘one-stop-shop’ kind of business model to step in.

And then Came Getty and Corbis

The 80s and 90s brought upon a massive transition, which primarily highlighted that photo archives could be huge without demanding extra physical space. Images could also be found more easily by typing in keywords instead of going through a card index.

And suddenly, there was nothing stopping stock photography agencies from combining their collections. The Bettmann Archive was one of the first collections to be sold, first to the Kraus-Thomson Organization, then to Corbis (a stock photography company founded by Bill Gates), and then finally to Getty Images.

But what did this transition actually mean for photographers? At first, nothing really changes. Most of the stock photo agencies continued to work the way they normally did, licensing images with royalties and giving part of the profit to photographers. But then (at the start of the 21st century), more and more images became available online, and a new type of stock photography agency emerged. Beginning with iStck and Alamy, these agencies offered royalty-free images and they did it for an affordable price.

And despite these relatively low prices, photographers who specialized in stock images could actually make a decent income during this time. This was because the market hadn’t been saturated with images yet, and there was also a higher chance of selling the same images hundreds, if not thousands, of times. Even if the price was relatively low, cumulative downloads added up to a good profit.

This time was considered somewhat of a ‘Golden Age’ for stock photographers; at least in terms of income. Aesthetically, however, the industry was flooded with cliches. And this boom of generic imagery was never meant to last either, as it lacked one of the most important things for customers—authenticity.

NFTs and the Future of Stock Photography Stock photography has undergone significant changes over the last 100 years—that fact is undeniable. However, one thing has remained overarchingly the same; the industry is still focused on licensing images. And with there being no scarcity in authentic imagery these days, a question should be asked; where do we go from here? If someone is interested in selling their videos online or making money off stock photography, what kind of things should they expect?

First, we cannot omit the meteorically rising non-fungible tokens (NFTS). Their inclusion is currently more of a prediction than a sure thing, but it definitely would not be surprising if stock photography websites began offering NFTs, NFT photography guides, or collaborating with marketplaces. If you think about it, NFT marketplaces and stock photography marketplaces share many similarities. For one, both offer a place for creatives to sell their work and make money.

And speaking of making money, photographers should aim to find marketplaces that help them maximize their income. That’s why selling your photos online with Wirestock is a great idea, since the platform submits to multiple marketplaces for you, without the need for researching, writing metadata, and opening accounts on each and every website.

A Brief History of Stock Photography